1
Listen: Doja Cat's new song 'Boss Bitch'.
2
Billie Eilish - 'Everything I Wanted' music video.
3
Watch: The 1975's Matty Healy discuss 'Me & You Together Song' + the upcoming album.
4
Hayley Williams shares debut solo single 'Simmer'.
5
Shia Labeouf has written a screenplay based on Kevin Abstract's life.
6
The 1975 will do an acoustic show in Sydney in support of Australian bushfire relief.
7
My Chemical Romance tease 'An Offering...' video.
8
Must-listen: The 1975's new song 'Me & You Together Song'.
posted in Film + TV / TV 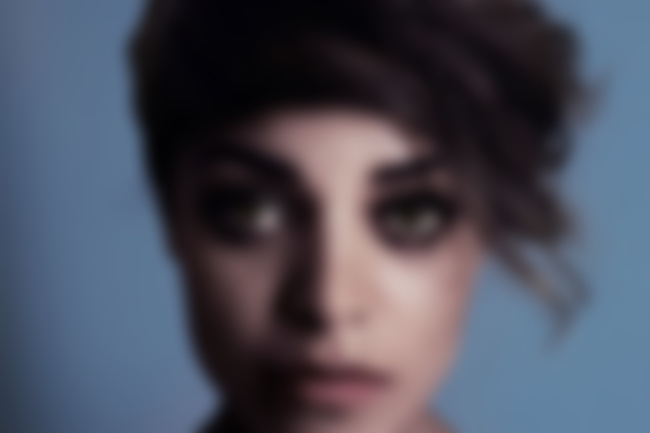 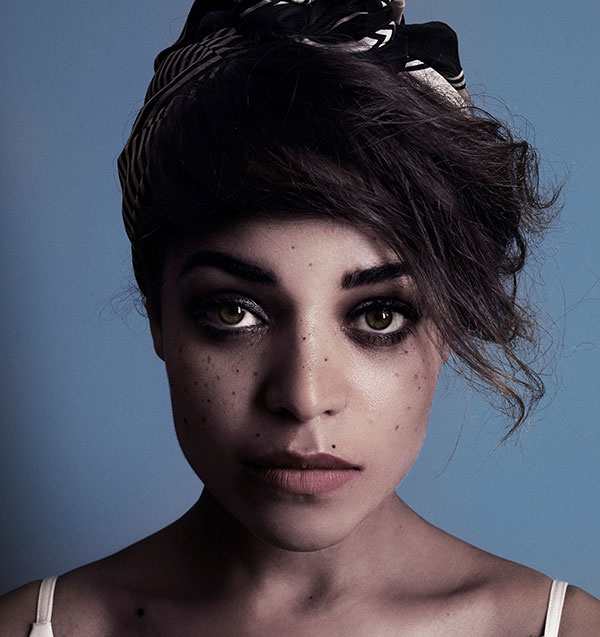 Antonia Thomas is excitedly telling me she can’t possibly choose a favourite moment from the new season of ‘The Good Doctor', “because the scripts this year have been so good!” She stars alongside fellow Brit Freddie Highmore in the show, which has become a breakout hit in the medical drama world.

Thomas stars at Dr. Claire Brown, who in the new season has had an incredibly relatable narrative that any women in a workplace can relate to - where she has to balance being assertive, without being labelled a ‘bitch’. On top of the show’s representation through Highmore’s autistic character, the show continues to strive to showcase reflections of the world around us.

We spoke with Antonia Thomas recently about the new season of the show, as well as her music project, and her other pursuits…

I’m constantly juggling that thing of wanting to be assertive, but then not too assertive, and what does being too assertive mean?... I think that it’s really important, especially now, for us to be having these conversations, and for people to be able to watch them, and hopefully identify. 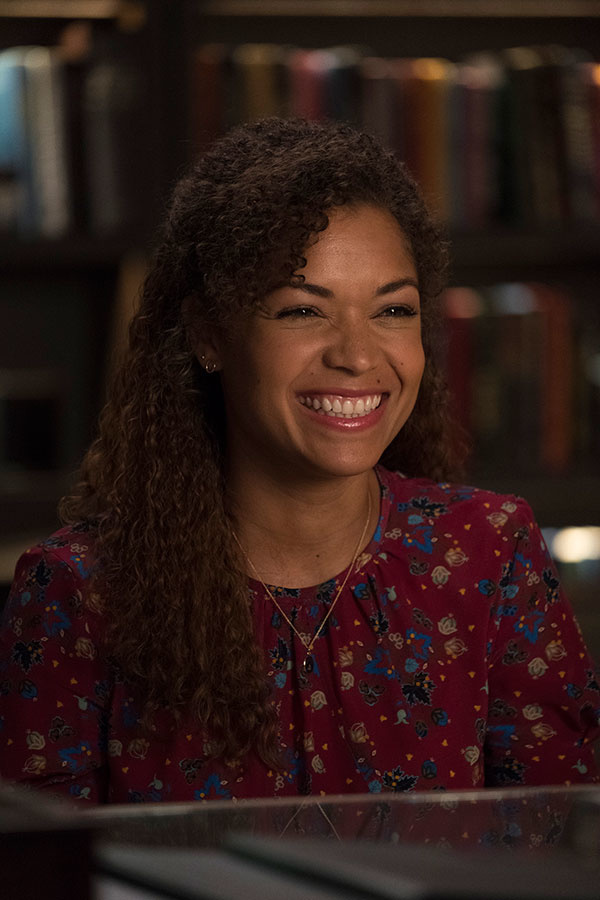 COUP DE MAIN: We absolutely love ‘The Good Doctor’, it’s such an amazing show. Have you had a favourite moment of Season 2 so far?
ANTONIA THOMAS: That’s a really hard question, because the scripts this year have been so good. The scripts in Season 1 were also incredible, but the storylines as they come out get better and better, and more exciting each time. This is a really boring answer, but I have to say, I don’t have a favourite moment. Every day on set is so fun, and off the top of my head I can’t think of just one!

CDM: Claire is told at the beginning of this season that she needs to be assertive, but struggles with the fear of being labelled a 'bitch' for being assertive in the workplace, which is a really accurate representation of how a lot of women worry about being 'bossy' at work. Do you think it's important for these kinds of real-life stories to play out on TV to help feel women feel solidarity? That they're not alone?
ANTONIA: Absolutely. I think it’s really important. I think that’s something that the writers of ‘The Good Doctor’ generally do really, really well - in the first season they touched upon this idea of sexual harassment in the workplace, it was extremely timely when it came out, and I think it’s so important for us to be representing that issue on-screen, and likewise with this. I myself, very much identify with the storyline of needing to be more assertive, and being told that I should be more assertive in what I want. I feel like I’m constantly juggling that thing of wanting to be assertive, but then not too assertive, and what does being too assertive mean? And not wanting to tread on toes, and being worried about coming across as being too forceful, and then being labelled in a certain way because of being a woman. I think that it’s really important, especially now, for us to be having these conversations, and for people to be able to watch them, and hopefully identify.

CDM: Your character Claire is so multi-dimensional - what’s it like playing a character like her?
ANTONIA: It’s amazing. I feel extremely lucky - it was one of the main reasons that I was attracted to the role. She has so many layers to her, she’s incredibly smart and really good at her job, but she has a huge heart and is really good at relating to patients, but then in her personal life is totally closed off and doesn’t know how to relate in a personal way to people when it’s to do with herself. Being able to play these kinds of conflicting things is so exciting, and I feel so lucky and excited, to be honest, anytime a storyline comes out, because for Claire it’s always complicated.

CDM: We interviewed Freddie Highmore about the show when he came to New Zealand earlier this year, and we talked a bit about the optimism that his character Shaun Murphy has, and how it's so refreshing to see a show, and a character like that. Do you think its important for television to showcase these different stories and perspectives?
ANTONIA: Yeah, I think it’s really important. I completely agree, I feel like the optimism is one of the main reasons that people really relate to the show, because there’s so much out there right now in the big wide world that’s negative, and depressing, and dark, so to be able to watch our show - which isn’t saccharin sweet, it’s not that everything is over-positive, it deals with some really tough issues, and a lot of the time things don’t turn out okay, things go wrong, people die daily - and be able to find a positive spin on a lot of these things is really important. I think that hopefully that’s why the viewers like the show, they want to turn the TV on and see something hopeful reflected back at them.
CDM: There’s so many awful things happening in the real world, it’s nice to see something fictional which is different.
ANTONIA: Exactly.

CDM: What’s it been like working with Freddie on a different level, with him directing and writing this season?
ANTONIA: It’s been so great. He hasn’t yet directed us, I think he’s directing Episode 15, but working with him as a writer was great. He wrote such a beautiful script for Episode 1 of this season, and every character had such lovely moments. I was really pleased that Claire and Jared got a really beautiful goodbye, and he wrote Jared such a lovely departure. I’m constantly in awe of Freddie, because he is so multi-talented and the fact that he has the space in his brain to write an episode, and be the lead actor, and then direct one, is crazy. 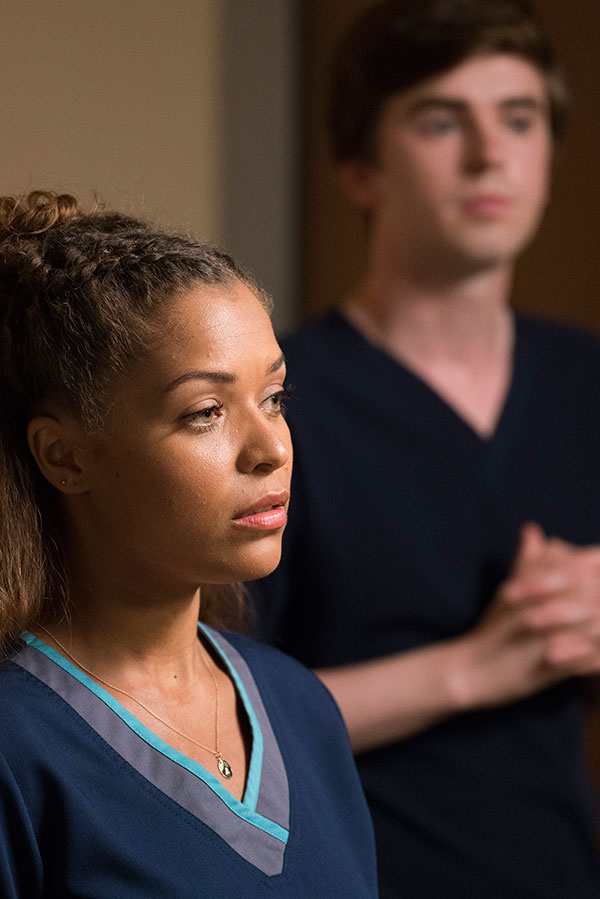 CDM: You’ve just released your EP ‘One Specific Thing’ as part of Sugarcane, which is rad! Do you enjoy flexing a different creative muscle with singing?
ANTONIA: I do, I really enjoy it. That was a little side-project. I have always wanted to do a bit of singing and I used to sing a little more when I was younger, and Robin, who’s my friend, approached me and he had this idea for some music he started writing. We just got together and messed about and decided to put some EPs out. It was really nice to do something creatively a bit different, something fun, in a very different vein, very unpressured. I look forward to hopefully being able to do more in that more.

CDM: What type of music do you enjoy listening to? I know lots of actors who make certain playlists to help themselves get into their characters, it’s interesting how music and acting are so intertwined in that way.
ANTONIA: Yeah. My music taste is extremely eclectic. I really enjoy some of the old-school jazz, Nina Simone is a huge favourite of mine. I really, really like folk music too, like old-school Bob Dylan, and also Laura Marling. My friend Johnny Flynn who I did ‘Lovesick’ with is also a musician and he’s got an incredible band, but then I also really like to mix it up, I like a bit of Nirvana, and classical music as well. I really don’t have a fixed type of music that I listen to, it’s just whatever feels good, whatever I really like. Music-wise and acting-wise, that definitely helps, especially if you are trying to get yourself into a certain emotional headspace and if you can click into a song that can help that - if you’re on set and you’re trying to focus and you’re passing loads of times, they have to do set-ups, and you have to stay in the same headspace, being able to just listen to a song is really useful. I do occasionally do that as well.

CDM: You also starred in a music video for Stereophonics’ song ‘C’est La Vie’, which looked very fun. If you could star in a music video for any song of your choosing, what would it be?
ANTONIA: ‘Don't Think Twice It's All Right’ by Bob Dylan, that would be cool. I think. That’s just off the top of my head.

CDM: You said in interviews back at the beginning of this year that you'd love to do an indie-film. Have any scripts caught your eye yet?
ANTONIA: There’s definitely been some stuff coming in that looks really exciting. That would be what I would absolutely love to do in this break coming up, so I can’t confirm anything, but I’ve definitely been reading scripts and getting excited about the idea of something creatively different to ‘The Good Doctor’.

CDM: What can you tell us about the projects that you’re working on writing at the moment? That’s so exciting!
ANTONIA: There are a few things that I am developing at home that I can’t talk about just yet, but I recently made a short film in Vancouver with my ‘The Good Doctor’ co-star, Chuku Modu. Outside of acting, we are both trying to focus our energies on creating content, which is how we hit upon the idea of doing something together. After some digging, we found an incredible true story about two African Americans who decide to do the Yukon Gold rush while nine months pregnant. It is an unbelievable story of strength and endurance and belief. We decided to make a short film about these people and in the long run are hoping to develop the short into a feature-length film.

Watch the Season 2 trailer below… 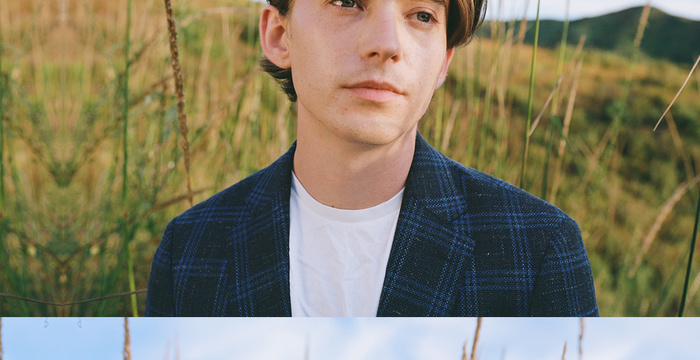 Film + TVInterview: Austin Abrams on 'Euphoria', the mental trap of social media, and seeking out knowledge. 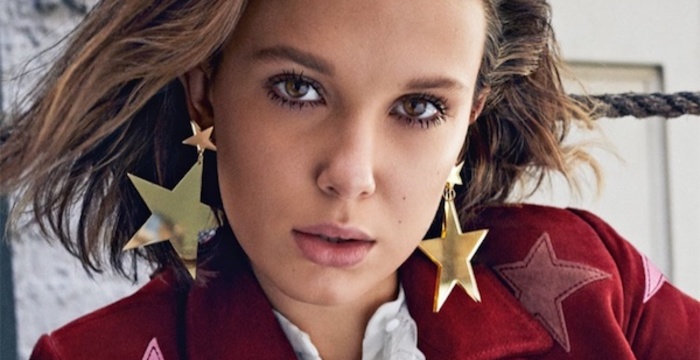 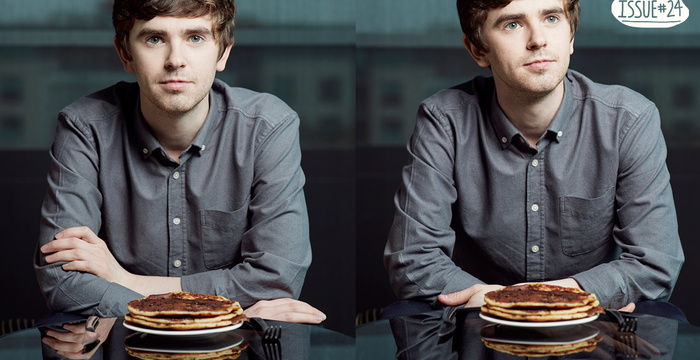 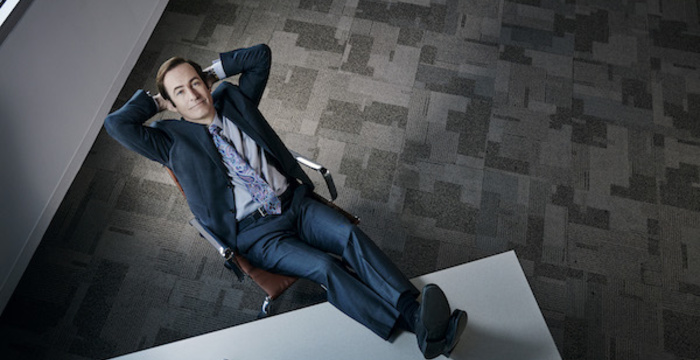 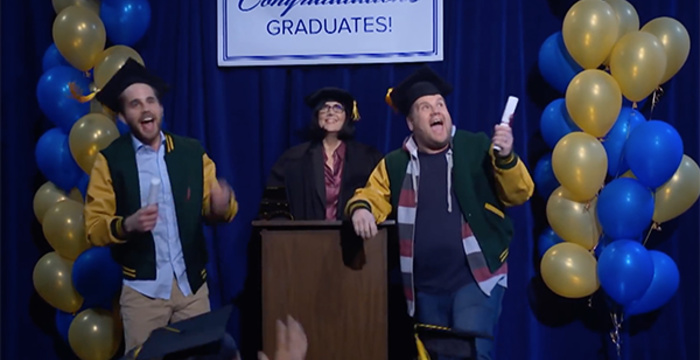 TVBen Platt in ‘Soundtrack To A Bromance’ on The Late Show. 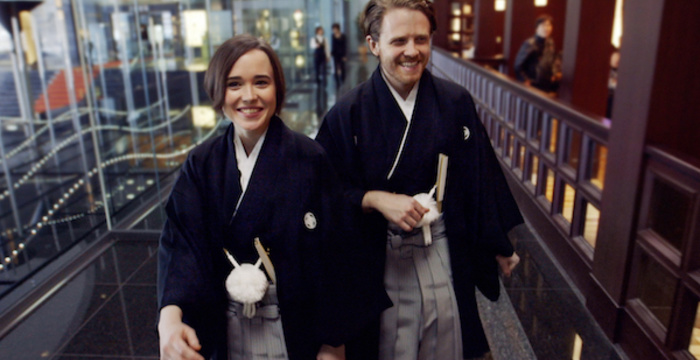 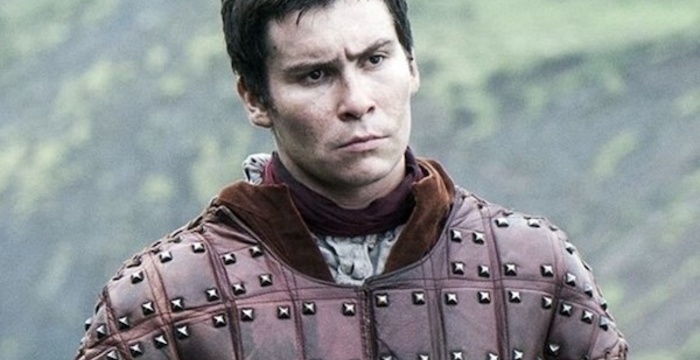 Film + TVInterview: Daniel Portman on 'Game Of Thrones' and his upcoming visit to New Zealand. 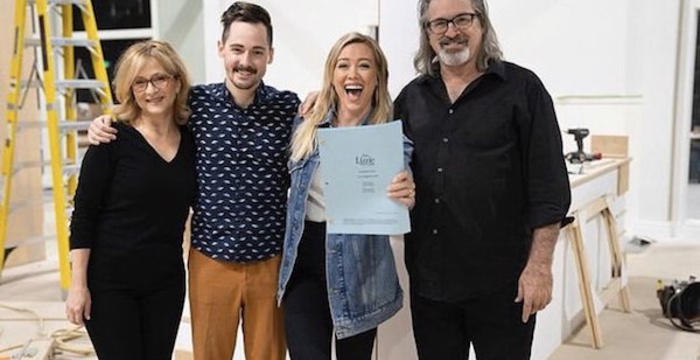 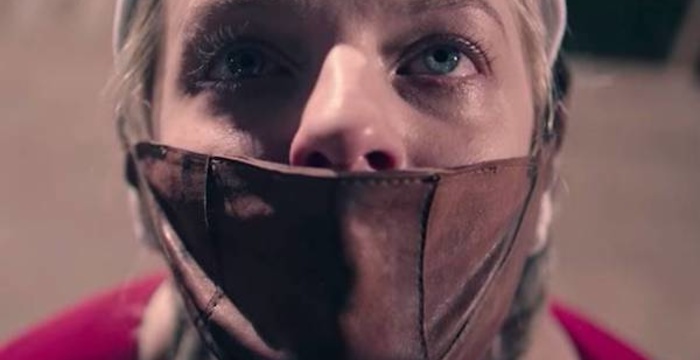