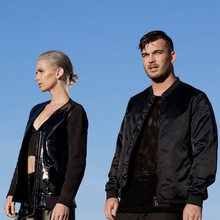 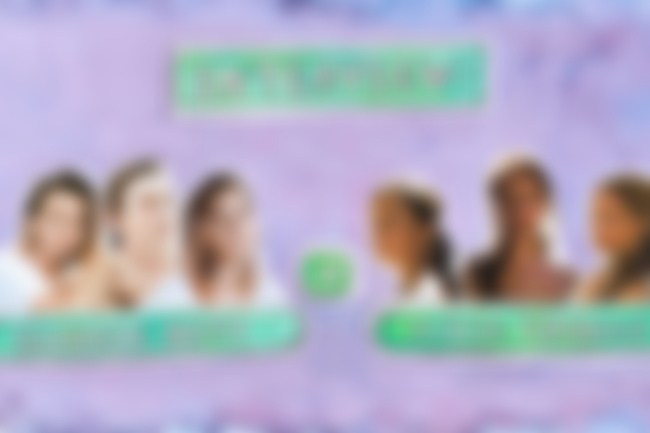 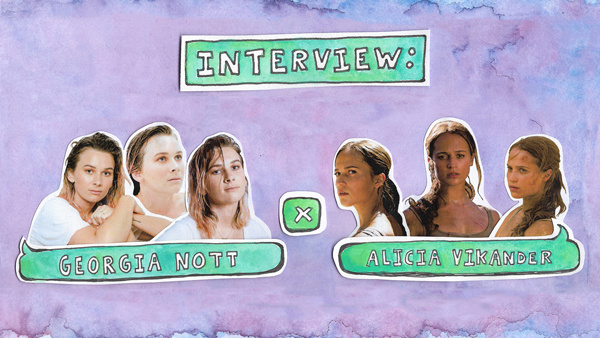 Georgia Nott may be best known as one half of brother-sister duo Broods, but she's also passionate about championing "the extreme talent and genius of creative women", as well as an enthusiastic fan of actress Alicia Vikander. So with Nott having recently released Volume 1 of her all-female collaboration 'The Venus Project' on International Women’s Day, she seemed an ideal candidate to send to a Los Angeles junket for the new 'Tomb Raider' reboot and to interview the film's director, cast, and Vikander herself.

What follows below is Nott's experience in her own words:

Before I watched the latest 'Tomb Raider' film, when I thought of Lara Croft I just thought of long hair, big boobs, and skinny arms. The kind of woman a man would create on his computer. That was understandable as she was the lead character in a video game made by a man. She was the perfect woman... for a man.

Watching the latest adaption of Lara Croft in the new 'Tomb Raider' film I gained a completely different view of her. She was muscly! That appealed to me as someone who has always been naturally more of a muscly chick, than the tall and thin type, or the sexy curvy type. To see someone portraying that type of body was something I really could have used as a teenage girl.

But it wasn’t all in Alicia Vikander's physicality. She was emotionally complex and she was a leader. She was a boss but she wasn’t without fear, which I felt to be so much more relatable as a young woman trying to take on the world in this day and age. I didn’t see the typical Hollywood heroine that I’ve seen in so many other films. I saw someone I could personally relate to. A role-model for women more than a fantasy for men (although she’s one of the most perfect looking people I’ve ever met).

Talking to Vikander seemed a lot like the intelligent and emotionally complex woman I had seen on the screen the day before. She talked of how important it was to her to play fleshed-out characters with depth. I was happy to hear her say that. To want to simply be an artist in her work. She didn’t show any signs that she was trying to prove herself. She knows she belongs in those complex roles. That was what inspired me.

Whether that means being Lara Croft the action-star, the double agent ('The Man From U.N.C.L.E.'), a desperate baby-stealing house wife ('The Light Between Oceans'), or the role I first saw her in; the artist trying to navigate her husband's transition into a woman ('The Danish Girl'), I cant wait to see her in more and more inevitable, fleshed out, deep, lead roles. 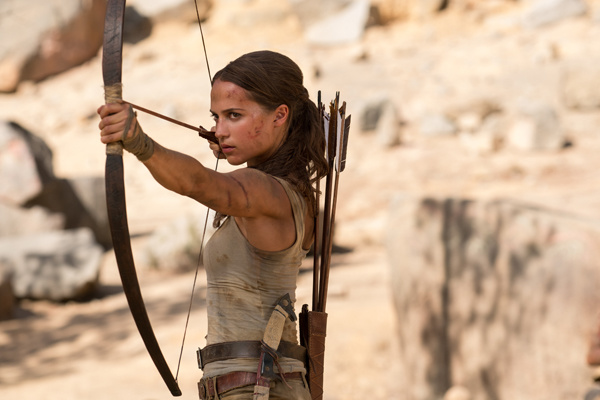 ...[Lara] is supposed to be likeable, she is supposed to be a girl you’d like to hang out with. What I liked about her is that she’s kind of loud and outspoken, all over the place, which makes you also like her, because she’s not trying to be just perfect. 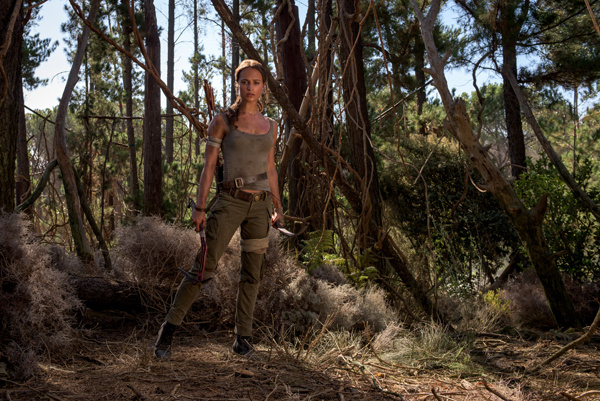 GEORGIA NOTT: I think the remarkable part about this film is that you can see that the strength goes so much deeper than, ‘Oh cool, she works out.’ Do you feel like it was a chance for you to be able to express your feminism, through a character?
ALICIA VIKANDER: Yeah! I think it goes deep. I’m not playing a character which is unlikeable. I think it’s such an interesting topic. It’s more that women are very often put in a box, especially in storytelling and in filmmaking and in TV, where they’re just simplified, and that I don’t want. I can play a woman that you will find really difficult to like or understand, but you will get-- I grew up watching these adventure films, and I also grew up with a mother who showed me a lot of arthouse movies. I watched Isabelle Huppert when I was like ten, and I saw ‘The Piano Teacher’, I was really young, my Mum had told me I wasn’t allowed to watch it, so I watched it when she was away. I was like, ‘This is a very unlikeable character, and yet it’s the most charismatic performance.’ I was like, ‘I want to do that,’ because she had the tools to be able to flesh out a character that became real. Weirdly enough, I wanted to follow it, and get to know it, even though it’s not really likeable. I read Lara, and she is supposed to be likeable, she is supposed to be a girl you’d like to hang out with. What I liked about her is that she’s kind of loud and outspoken, all over the place, which makes you also like her, because she’s not trying to be just perfect.

GEORGIA: For me, looking at Angelina Jolie as Lara Croft and as you as Lara Croft, the version that you play is so appealing to me. You can see your six-pack, and your muscles, and you can see how emotional you are through it. That’s super important to young women at the moment.
ALICIA: I love the fact that even I, I’m a petite young girl, but I read about the script and that it was based in a reality close to our reality, that she goes on this adventure, and then I met the producer/director who said they wanted the action sequences to be set in some kind of reality. I was like, ‘Okay, but she’s still a young woman and she has to climb up these planes, and even though she’s innovative and clever, she uses her tool, it’s still big men that she has to battle.’ Then I love the fact that I know women out there that I’ve met in the industry who I’ve seen, cool stunt girls over the last few years, it’s much more over the last few years, and so empowering to see that strength. I was like, ‘Well, I’m not that, but I want this character to be that.’ I enjoyed going on that journey to get that strength. It took a few months, and it disappeared way too fast <laughs> but she is presented as a young woman who trains MMA, she’s a bicycle rider, she’s a physical girl, and she is female. She is feminine, and she’s girly, but she’s strong. And I’m happy, because I felt like that when I read her - I want to aspire to be able to portray that, and show that young girls can be like that. 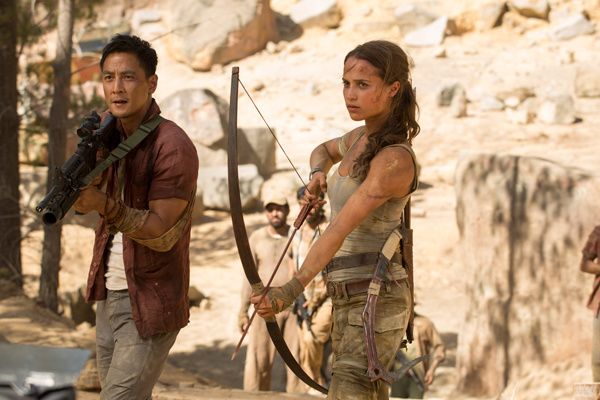 GEORGIA: What I noticed in the film is that she’s not a skinny, weak-looking girl - which really appeals to me as a young woman. Did you find in this time where the political climate is the way that it is, really affected the way that you wanted Lara to be portrayed?
ROAR UTHAUG: Of course it was important to us that she was a strong female heroine, and that she could stand on her own two feet, and that it wasn’t over-sexualised or things like that. That it was her capabilities and her wits that draws them to the movie.

GEORGIA: I feel like that really comes through in the film as well, that one step after the other. For me, I didn’t really see you, Walton, as a pure evil villain, you were really relatable - you could see people that you know in this guy. Was that a conscious decision, to be a villain that people could relate to?
WALTON GOGGINS: That’s a very good question. The answer to that is no, it wasn’t a goal or an aim to be relatable or empathetic - the goal was to honour the truth of Vogel’s situation, and to look at it for what it is, and to not do a cursory glance at something and then to do a contrived interpretation of his reality, but to really spend time in what his life has been like. I had to ask, who was he the day he got on that island, and how much enthusiasm did he bring to his job for the first year, and what was the last conversation he had with his family when he walked out the door? That’s how I looked at it the very first time I read it, that’s what I saw for this story going forward. I tried to understand who he was in order to be of service to Alicia’s Lara Croft, and to be an obstacle to her, all the while staying true to who he is - not just physically, but emotionally, and psychologically. So that’s what I tried to do.

GEORGIA: Well I think you did it!
WALTON: Thank you very much. <laughs>

Watch a trailer for 'Tomb Raider' below...

Watch The Venus Project's music video for 'Won’t Hurt' below... 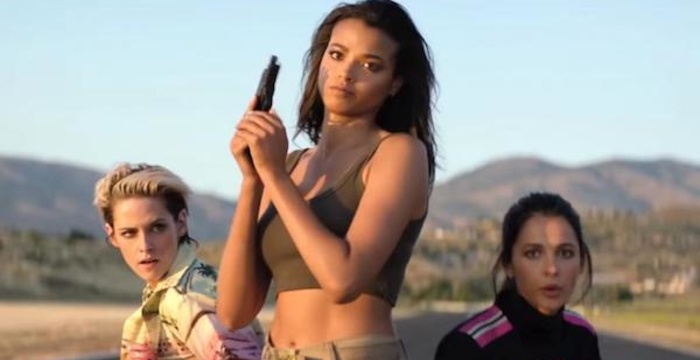 Music'Charlie's Angels' is in cinemas now! 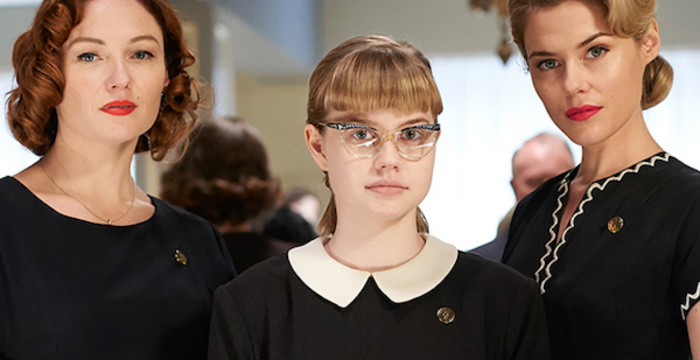 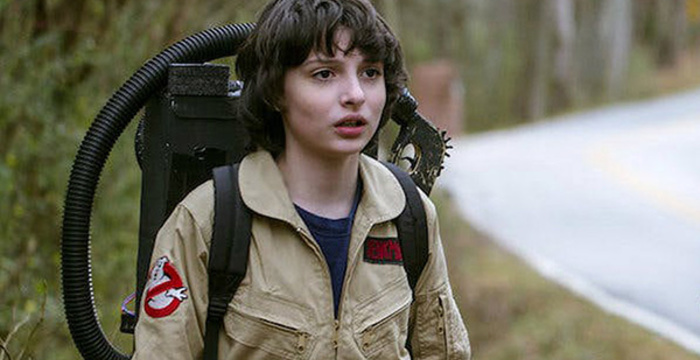 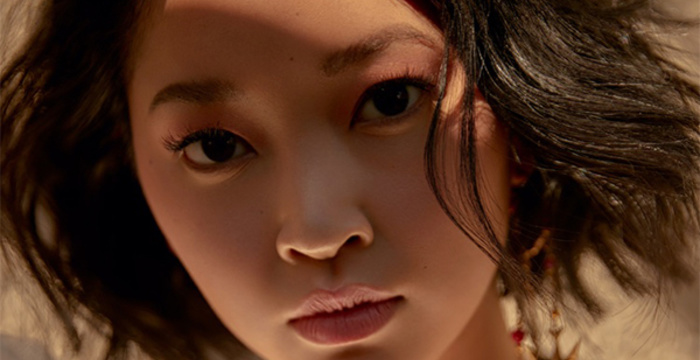 FashionLana Condor on the cover of Elle Canada, April 2019. 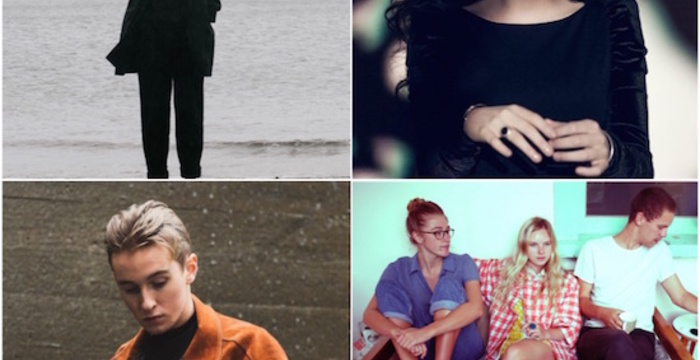 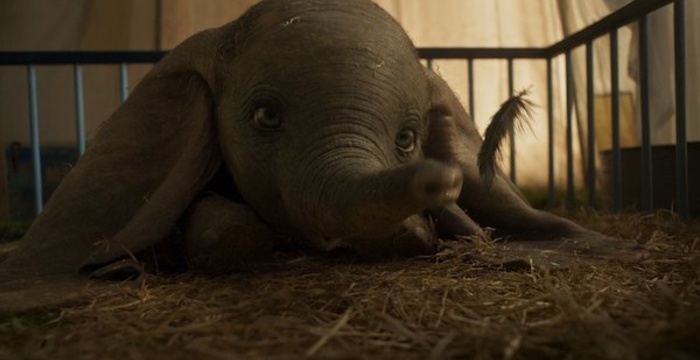 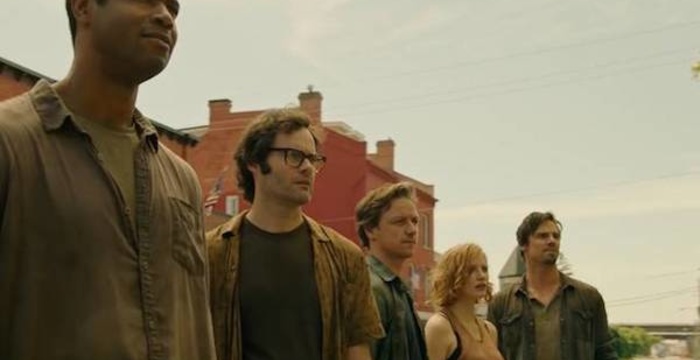 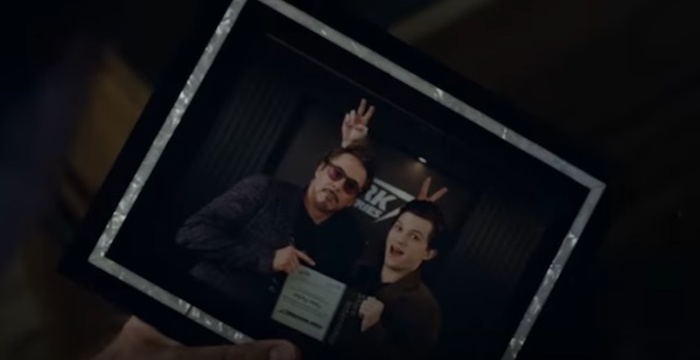 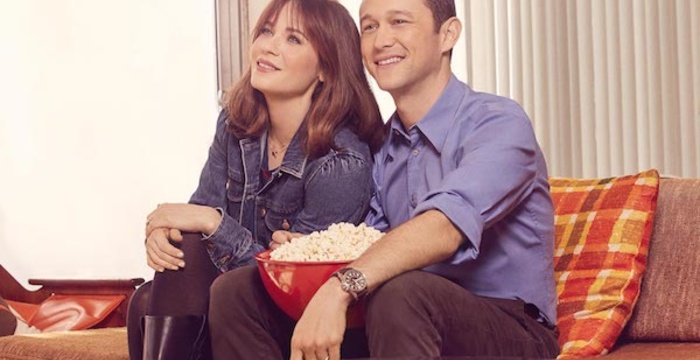 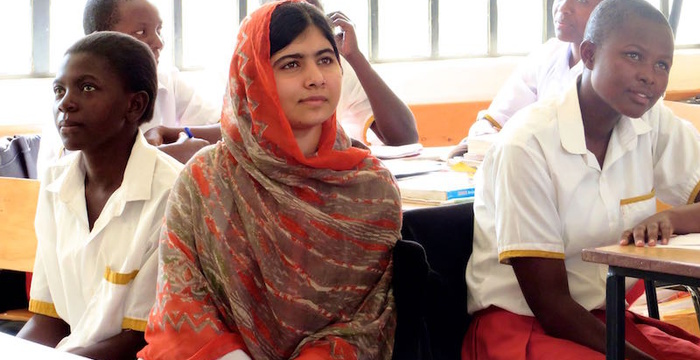 Film + TVInterview: Davis Guggenheim on 'He Named Me Malala'.